Neandersmall and the Egg Song

Posted by Paul Simpson at 16:11 No comments: 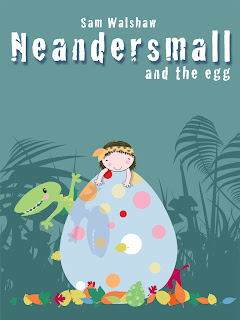 Neandersmall and the Egg by Sam Walshaw

Posted by Paul Simpson at 13:53 No comments:

Bish Bash Books was incorporated in New York in January 2012 with the simple vision to provide engaging, educational and entertaining eBooks, storybook apps, podcasts and classic paper books that will get children, wherever in the world they call home, hooked on the simple pleasure of reading

Bish Bash Books is proud to announce it’s first series of children’s eBooks which are being released during the Fall of 2012.

It’s time to have some fun!

Posted by Paul Simpson at 11:17 No comments:

Samantha Walshaw was born and lives in Dewsbury, West Yorkshire, with her daughter Maisey.

Sam, an accomplished illustrator, works on a Mac, and is extremely skilled in Illustrator, Photoshop, and Indesign.

Sam is a new to publishing, and with her first three titles published by Rockpool Children’s Books in 2009, she has also seen two of those animated by Flix Facilities in Manchester. Her 2010 schedule is already decided, and Rockpool will be publishing two more Little Fairies, Daisy and the Dewdrops and Ivy and the Fireflies and Minnie the Minnow and Jasper the Jumping Jellyfish.

Posted by Paul Simpson at 09:07 No comments:

Scaredy Cat was written and illustrated by Stuart Trotter. Stuart has been a children’s illustrator for over 30 years and has been involved with some famous children’s characters.

Stuart has illustrated for Winnie the Pooh (he’s an accredited Disney Artist). He has also illustrated Postman Pat for Hodder and he is currently the official Rupert the Bear illustrator.

For those of you who aren’t familiar with Rupert the Bear, he is a beloved children’s character that originated in the UK in the 1920s. Stuart is the fourth official illustrator of the Rupert Annuals that date back to 1936.

Stuart started his own publishing company, Rockpool Children’s Books, in 2006. During the last 6 years, he has published a number of original children’s books that have been read around the world. Bish Bash Books and Rockpool Children’s Books formed a strategic alliance in August to bring Stuart’s quality children’s books to the world in eBook format. And we are really proud to publish Stuart Trotter’s Scaredy Cat.

So as the nights begin to draw in, the temperatures begin to chill, and the leaves begin to brown and fall, why don’t you cuddle up this Halloween with your little ones and read them a cracking good book

Posted by Paul Simpson at 11:44 No comments: